JUSTICE IN A BOTTLE
Middle school journalist, Nita Simmons' confidence is at an all-time low when Earl Melvin, her reclusive neighbor and the town’s most notorious criminal—picks that day to speak to her. Mr. Melvin offers Nita a story—some old books he refers to as his memoirs. Nita can’t help but read the books, and what she finds is not violence but a tale of secret love and heartbreak in the Virginia back roads. Still dealing with her recent failure, Nita can’t believe that no one’s ever questioned such injustice in her own town. Sensing redemption, she dives into the research, getting to know the neighbor her mother warned her about. 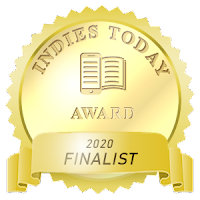 RUNAWAY BLUES
Twelve-year old Caleb Wallace has spent his summer at Autumn Springs, coaxing his papa out of his room when he's grumpy, attempting to gain the affections of a certain nurse, and pulling himself together when his grandpa looks right into him with nothing but a dull stare.

Seems the only thing that puts a light in Papa Clem's eyes is a family heirloom—an old folktale involving Robert Johnson's harmonica down in Arkansas. Caleb is happy to listen; two things Papa Clem can still do well are tell a story and play the blues. But when Caleb finds his grandfather all spruced up with his guitar slung over his shoulder, set to take a trip down to the bus station, Caleb isn't sure if it's real or just the Dementia talking.

Caleb decides to tag along, and what begins as a joyride around town becomes a three-state drive into time. Caleb and Clem endure bus trouble, layovers, and even play for tips under the Nashville skyline. Caleb, who's never left his hometown, knows he should pull the plug on this journey but can't force himself to make the call. Weary and penniless, the traveling bluesmen step off the bus and into muggy hot Mosby, Arkansas, ready to go looking for Robert Johnson's harmonica. And what they find changes not only Caleb's summer, but his entire life. 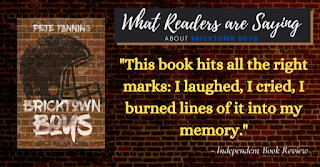 It's 1987 and twelve-year-old Sam Beasley only wants two things: to play football and for his mother to stop dating losers. Only there's no money for a football team in Bricktown, while there's an endless supply of losers for his mother to bring home.Sam finds a friend in the elderly widow down the street. While he's careful not to let on about his crummy home life, Mrs. Coleman always seems to know when he needs to do wash or eat a hot meal. When he mentions his football dilemma, she surprises him by offering to fund the team. It's a dream come true, until she names the team The Gospel, declares herself head coach, and arms herself with a whistle, Bible scriptures, and a mouthful of grammar lessons. But Sam has bigger worries, like his mom's latest loser, Troy, easily the worse one yet. As Sam's home life spirals out of control, the boys of Bricktown become more than a football team, and football becomes more than just about winning. 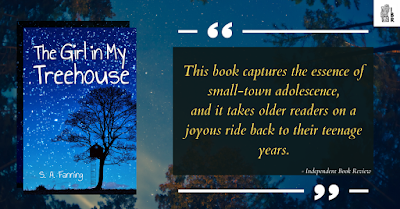 The Girl in My Treehouse
Only one summer sits between Matt Crosby and high school, and it feels like his middle school friends are leaving him behind. But when a comet of a girl moves in up the street, Matt discovers a side of himself that's dying to break free and try something new.
Lia doesn't see the Matt Crosby everyone else sees: the shy, awkward kid with the stammer, but instead a friend. With Lia, the long, summer days are action-packed with wonder. From scavenger hunts at the grocery store to midnight canoeing under the moon at Preacher Higgins' pond. Or maybe just staring at the sky and feeling completely comfortable in his own skin. But in a small town like Maycomb, a girl like Lia doesn't go unnoticed.
Matt's old friends make jokes about the way Lia dresses, her hair, even her darker skin. As a correctional officer, Matt's father has already run into Lia's mother at the jail. But it isn't until Matt discovers Lia sleeping in his treehouse that he realizes things might be worse for her than she's letting on. Having found the courage to follow his heart instead of his friends, Matt realizes that somewhere along the way, he became the Matt Crosby Lia saw all along.﻿

Dad, You're Dead - Chapter One