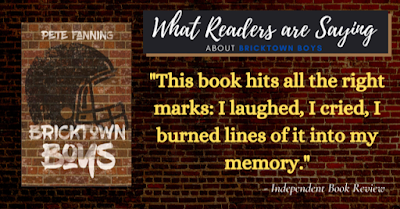 Highly reminiscent of S.E. Hinton’s The Outsiders, Pete Fanning’s Bricktown Boys is a coming of age story about children who grow up much faster than they should. In the city christened Bricktown, a diverse and eccentric group of boys try to form a football team without the monetary means or someone wanting to be the coach. Though the surface plot is about the formation of a pre-teen football team, the deeper story is about the children’s attempts to find stability and comfort in a world of adult chaos and instability. For both adolescent and mature readers, Bricktown Boys is a story of home. 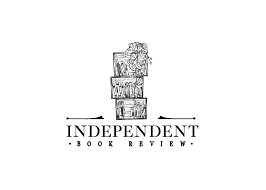 Day-in and day-out, Sam watches his mom fall head over heels for men who are racist,
misogynistic, and abusive. With his house filled with empty beer cans, cigarette butts,
and empty dime bags, Sam is careful when trying to reveal his home situation with his
friends. The people he takes the most solace in are his friends and the widowed Mrs.
Coleman.


In an attempt to ignore his mother’s rotation of awful men and habits, Sam tries to create
a football team that he and his friends – just barely old enough to join the middle school’s
team – could be a part of. There are only a couple problems: they have no money and no
father or uncle in town who wants to be the coach.


Their luck turns when Sam’s widowed neighbor Mrs. Coleman agrees to be their
figurehead coach, help them pay the team registration fee, and provide them with
uniforms. Though the boys are annoyed that Mrs. Coleman names their team “The
Gospel,” preaches more than coaches, and dresses them in putrid green gear, their real
and much more miserable problems take place in the home.


Fanning has written a novel that perfectly replicates the innocence, yet seriousness
experienced by many children who are caught up in their parents’ problems. In one
moment, we see Sam and his friends complaining about how ugly the uniforms Mrs.
Coleman bought are. They worry about what other kids will think about them. But in the
next moment, Sam has to worry about how his mother’s boyfriend and her boyfriend’s
confederate flag sporting friends spew slurs about the Bricktown Boys.


“I realized it wasn’t so much football I’d been wanting – as much as I loved it – but
family. Being around people who cared enough to listen to what you said. […] I
realized, maybe it was what she needed too.”

#
The characters of Sam and Mrs. Coleman perfectly fill the gaps in each other’s lives.
While Sam longs for parents who act more “parent” than child, Mrs. Coleman longs for a
purpose to live after the deaths of her children and husband. Both crave a home. The two
can often communicate with just a look, allowing themselves to be vulnerable with each
other in ways they can’t be and feel they can’t be with anyone else. Each moment with
them tugs on the heartstrings either reminding you of that special connection you have
with someone in your life or making you crave that connection if you don’t have one yet.
I highly recommend Bricktown Boys for young and adult readers alike. A unique sort of
coming-of-age story, where an eleven-year-old boy who has experienced too much too
fast can finally act his age. This book hits all the right marks: I laughed, I cried, I burned
lines of it into my memory. Bricktown Boys is a reminder that home is consistency and
stability, not in life, but in another person.
Labels: bricktown boys book review independent book review new release middle grade fiction 2021