So excited to show off this cover for my next release.

The Girl in my Treehouse is unlike my first three books. For starters, look at that pen name!

But seriously, this one feels different, because it is different. Sure, it’s coming of age stuff, and not just for incoming freshman, Matt Crosby, but the entire small fictional town of Maycomb, Virginia.

Maycomb is struggling with change. And Matt is struggling period. We see the fall of a local grocery store, an evolving neighborhood, an aging preacher who has lost his wife and now questions his faith. And then we have Lia, who comes to town and flips everything Matt thought he knew upside down.

The Prairies Book Review calls it, "An unputdownable YA coming-of-age-story...."

And that's the thing about this story. It begins as a middle grade book and ends as a young adult book. It’s about small town gossip, prejudices, new friendships and first loves.

...And it might be my favorite book I've written.

...And Lia--the girl in the treehouse--might just be one of my all time favorite characters I've written.

I don't know, can't say for sure. But I’m so grateful Immortal-Works is going to publish it.

Only one summer sits between Matt Crosby and high school, and it feels like his middle school friends are leaving him behind. But when a comet of a girl moves in up the street, Matt discovers a side of himself that’s dying to break free and try something new.

Lia doesn’t see the Matt Crosby everyone else sees: the shy, awkward kid with the stammer, but instead a friend. With Lia, the long, summer days are action-packed with wonder. From scavenger hunts at the grocery store to midnight canoeing under the moon at Preacher Higgins’ pond. Or maybe just staring at the sky and feeling completely comfortable in his own skin. But in a small town like Maycomb, a girl like Lia doesn’t go unnoticed. Matt’s old friends make jokes about the way Lia dresses, her hair, even her darker skin. As a correctional officer, Matt’s father has already run into Lia’s mother at the jail. But it isn’t until Matt discovers Lia sleeping in his treehouse that he realizes things might be worse for her than she’s letting on. Having found the courage to follow his heart instead of his friends, Matt realizes that somewhere along the way, he became the Matt Crosby Lia saw all along.

<--Okay, that's all for now. Make sure and sign up over there on the left for my newsletter and see more cover reveals and get some free books and stuff. 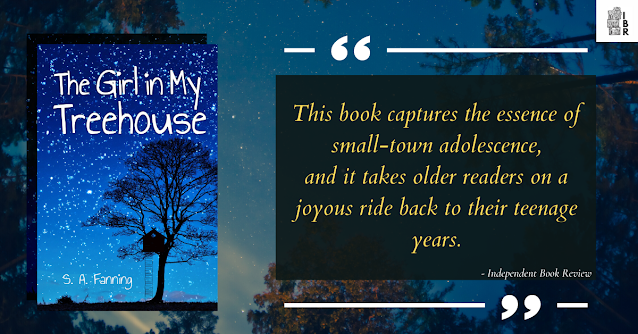