What I'm Working On

It’s been quiet on the page, but I’ve got lots going on in the books. Here's a list of what I'm writing, fixing, and waiting to release! 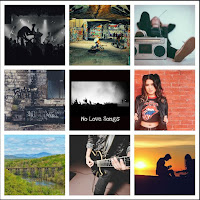 This will be coming in late spring/early summer, with Winding Road Press. I just saw the cover and it’s amazing. I can’t wait.

Myles hopes his punk band will be his ticket out, so when a viral video of him and Mal, the band’s lead singer, lands them a spot at a major music festival, it should make all Myles’s dreams come true. But the stage may be too big for him to save everything he loves.

Hometown (YA Contemp) Currently on Submission

When tensions spill from the bleachers and a brawl on the field leaves one person dead at a high school football game, two players from opposing sides are left trying to navigate a small town’s racial divide.

I wrote this almost on a dare from myself. And I had a blast. I hope it finds a home. 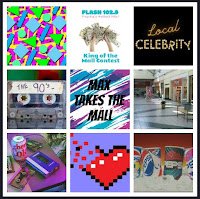 It’s 1996 and 19 year-old Max Miller needs a place to crash, a new car, and a miracle to win back his college girlfriend. So when he lands a spot in the King of the Mall contest, where four contestants have to live in castles made of soda cans, he goes from slacker townie to local celebrity overnight. But if there’s one thing he knows how to do well, it’s how to mess up a good thing.

Eleven year-old Nettie only wants to find her mom, but she’s stuck with her evil aunt as a babysitter while her truck driving dad is on the road. When the truck breaks down, Nettie and Aunt Bethany will have to either learn to live with one another or die trying.

Told in alternating point of views, twelve year-old Levi only wants to defend his mother from his abusive dad when he stumbles upon a karate school across the street. When the instructor at the struggling studio finds Levi to be a natural sparrer with phenomenal raw ability, he bets everything on the kid to win the state tournament.

Labels: am writing author in the works pete fanning works in progress